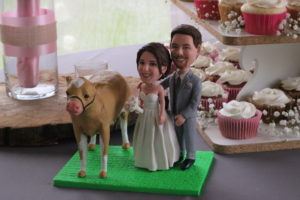 So what happens when you take two dairy farmers from different states and have them meet at a Guernsey convention in Indiana?  You get Tom and Holly McCarty’s wedding on a neighbor’s farm in Hughesville, PA complete with an appearance by their very own Guernsey cow.

Growing up on a dairy farm might be the reason I have a heart for farmers, or maybe it’s those darn farmersonly.com commercials, either way, I knew going in that this wedding was going to be a lot of fun. 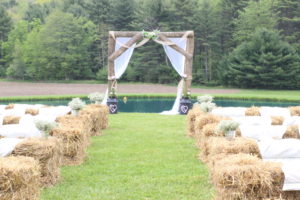 Farm weddings can always be interesting because you are either in a barn, or under a tent outside, neither of which gives you much control over the weather.  Tom and Holly opted for an outdoor ceremony, complete with hay bales for seats and overlooking a really nice pond.  Unfortunately, just before Holly was to walk down the aisle, it started to rain.  It had been threatening to do so for most of the day and of course it would pick just that time to start.  Holly wouldn’t let it deter her as she continued on, umbrella in hand. 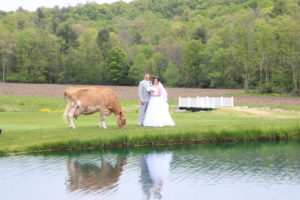 After the ceremony it was time to move under the tent for the reception.  I loved the clear top tent that Holly & Tom got from Farrington Place.  Despite it raining, the added light from above really lightened things up.  The clouds may not have allowed for the view of the stars they were wanting, but it wasn’t dark like I’ve seen with some tents.  While the guests enjoyed cocktails, the wedding party members were off getting pictures taken.  I had to laugh though when I turned around and there they were posing with Tom & Holly’s cow.  Holly had said they talked about having her as part of the ceremony but changed their mind and decided only to bring her out for pictures.

After dinner, including delicious food from Bootleg BBQ, and a toast, with you guessed it: milk, we got into some dancing.  Whoever said farmers only like country music and don’t know how to dance, never met this crew.  We played old, we played new, rock, pop, and it didn’t matter.  This group of young and old alike danced the whole night.

One final wow moment came as we were doing the last dance.  Everyone except for Tom & Holly left the tent and created an arch way with sparklers for them to leave under.  It made a perfect ending to an awesome wedding. 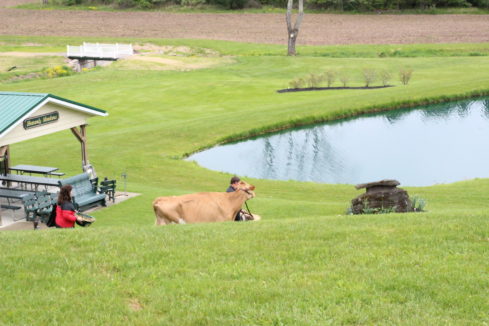 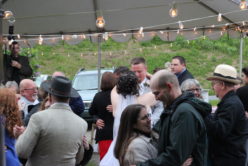 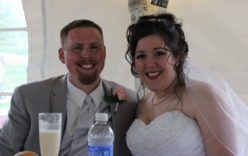 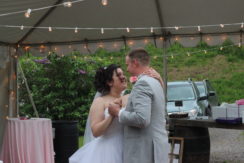 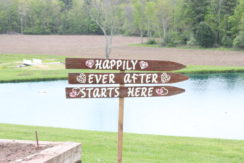 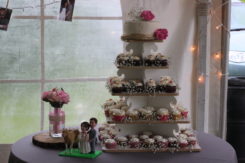 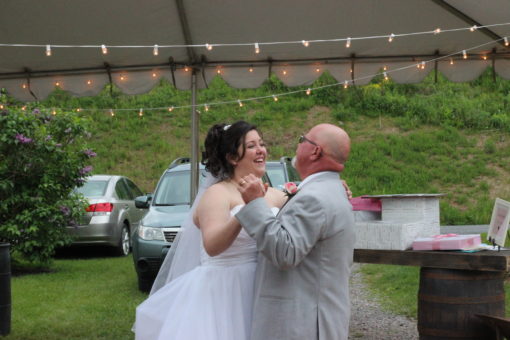 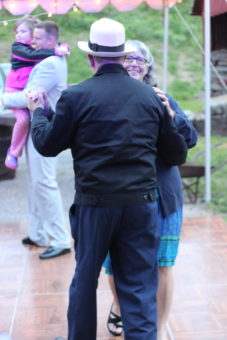 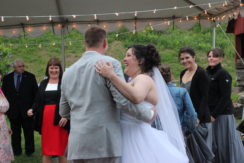 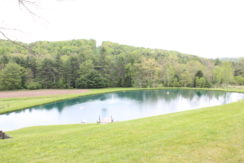 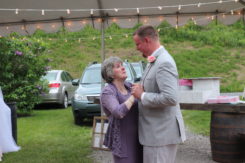 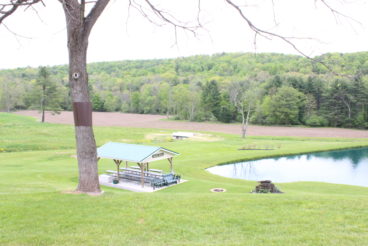 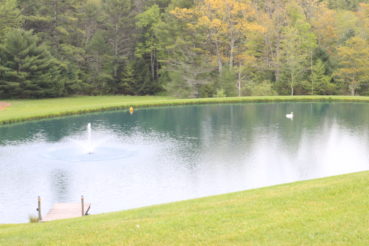