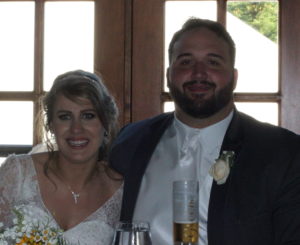 This past weekend, I had the joy of playing for Michael & Kelsey Down’s wedding reception at Herman & Luther’s in Montoursville, PA.  Mike and Kelsey wanted to make sure we created a party for all of their friends like no other and from start to finish I think we accomplished that.

Michael & Kelsey both have athletic backgrounds.  Mike is a football coach and Kelsey coaches track.  From that we wanted to create an introduction that had a sports-like feel.  Immediately a Chicago Bulls style introduction came to mind.  We introduced each member of the wedding party using their heights and hometown just as if they were getting introduced as a Chicago Bull. 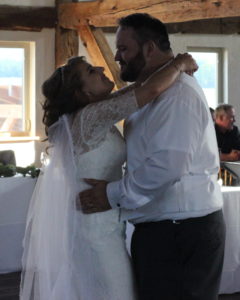 After dinner it was time to share in Michael & Kelsey’s first dance followed by their parent dances.  The dance between Kelsey and her dad was extra touching.  Going in, her dad had mentioned this was going to be emotional for him, and during the dance you could tell by the look in his eyes it most certainly was.  Prior to starting open dancing, we did a reverse anniversary dance.  This is where we start with just the bride and groom and then little by little add people to the dance floor so that the last couple joining in is the couple who has been married the longest.  This is a nice way to build your dance floor, and if you have a couple that wouldn’t be able to stand to dance very long, having them come up last makes it more manageable for them. 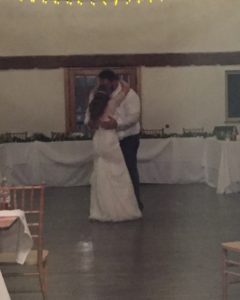 One of the things I absolutely love about my job is a great party.  Michael and Kelsey’s guests came ready to dance.  From the moment we opened the dance floor until the final song of the night, people were up, dancing, and ready to enjoy the night.  However, eventually things have to come to an end.  Our couple chose to end things with “The Last Kiss Goodnight.”  This is a special moment between the newlyweds.  We kick everyone out of the reception hall with the exception of the bride and groom, and then after I start the song, I even leave.  This gives the couple a chance to just enjoy each other’s company and dance without having a bunch of people watching them (for many this is the first moment they’ve had that all day).  While they are dancing, our guests were getting a sparkler sendoff ready to go.  As the song ended, the sparkler sendoff accented a wonderful evening for Mr. & Mrs. Michael Downs.

A special thank you to George, Becky and the crew from Herman & Luther’s for being so great to work with the entire day.  Also, special thanks to our photographer Alexis Brooke.  This was the first time I had ever worked with Alexis and she does great work.  Getting all the special shots, but not being in the face of anyone trying to enjoy the special day.  It’s always great to work with a team of people wanting the best for the bride and groom.  As a result, everything from the pre-planning to the dinner and party that followed was a wedding meant for Michael & Kelsey Downs.

I had so much fun at Mike & Kelsey’s wedding.  Thanks so much for having me!

First Dance: Rascal Flatts – The Day Before You

Father/Bride: Heartland – I Loved Her First

Last Kiss Goodnight: Joshua Radin – I’d Rather Be With You 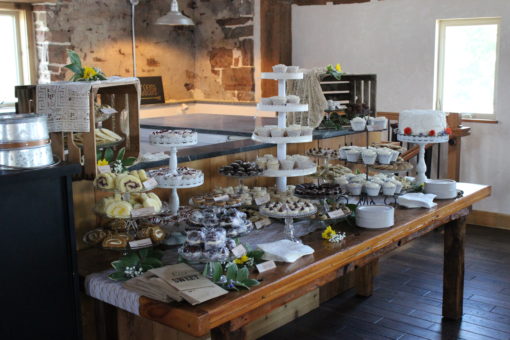 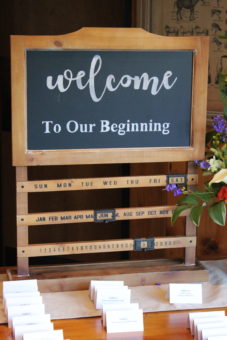 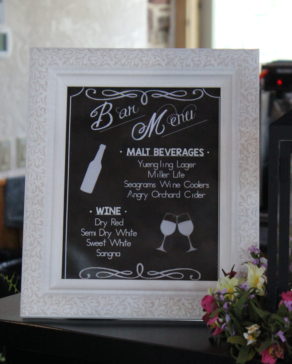 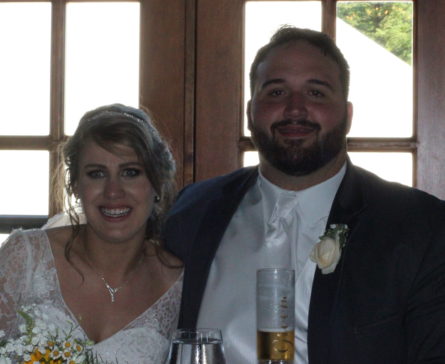 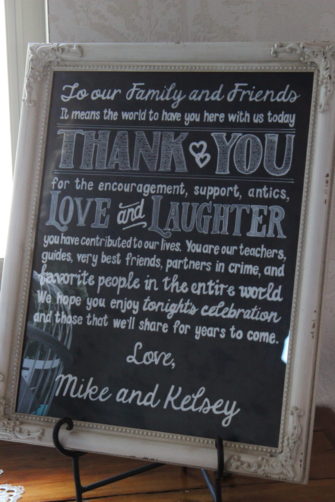 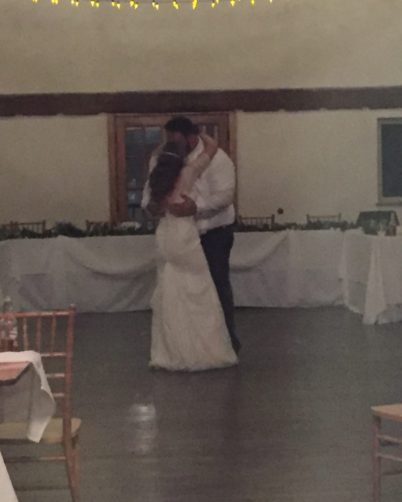 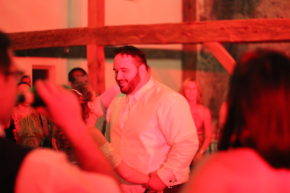 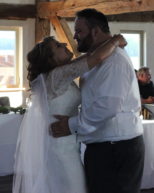 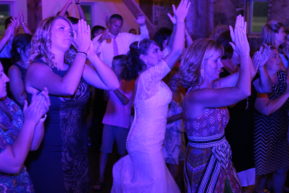 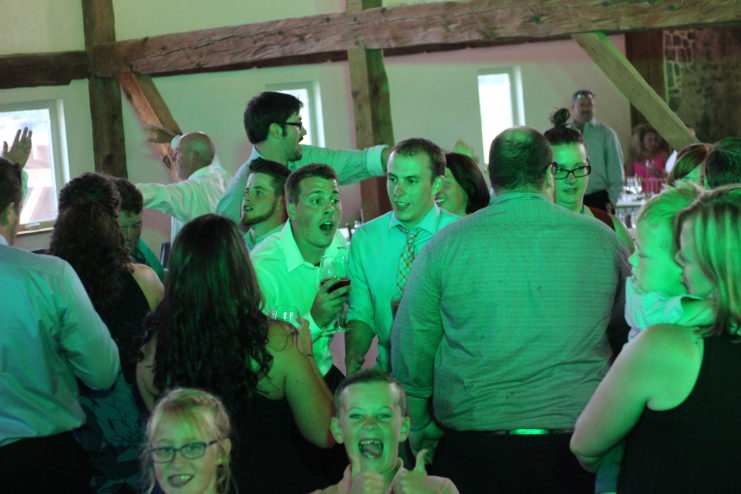